Why I Became a Christian

My name is Everest John Alexander.

This is my own personal story (In a nutshell):

I grew up Roman Catholic until my 11th birthday when I decided that it made no sense for me to tell some man my sins so he could go tell God.

I decided if I couldn’t talk to God myself then this isn’t for me and since Roman Catholicism was my only concept of Christianity I rejected Christianity as a legitimate way of salvation.

As I grew older I became more cynical and considered the Garden of Eden, Adam and Eve and Angels flying around as total nonsense and anyone who believed in such drivel had to be brain-dead!

This was my position on the Bible and Christianity.

My father died from Cancer when I was 16 and my Mom was living 6,000 miles away in another country so I went to live with my much older brother who just happened to be a drug addict.

First, as a young adult barely out of my teens without a father or mother around I felt completely abandoned and alone and after suffering consistent hardships and trials I finally came to the lowest point in my life where I decided to commit suicide.

It was at that point that God introduced Himself to me in a very simple yet unmistakable way to let me know that HE had not abandoned me.

This had a major impact on my outlook!

Second, due to my involvement with the Occult I was physically attacked one night by a Demonic Spirit and would have lost my life if it wasn’t for the power in the Name of Jesus Christ that brought my deliverance!

There’s More Than Meets the Eye

This second experience in particular showed me very clearly that the Christianity I was taught in the Roman Catholic church was not all there was to know and I started searching on my own to find out more about this person, Jesus Christ and to discover who He was for myself. 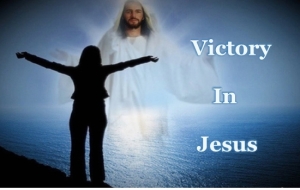 Thus began a journey which lasted several years and culminated with me surrendering my will to God and my life to Jesus Christ as my Savior and Lord!

It is my prayer that you will not take my word nor anyone else’s word concerning Jesus, the Bible or Christian Salvation but that you will investigate for yourself and see with your own eyes that this salvation and the life that Jesus Christ offers is real and you are missing out big time every moment you spend without it!

Click Here to get more details about my conversion.

Or click the links above and check out the info I’ve posted about God, The Bible, Jesus and The Gospel.

Discover for yourself why you were created and see that your life is NOT a mistake nor an accident but that you have purpose and meaning and you are created for greatness!!